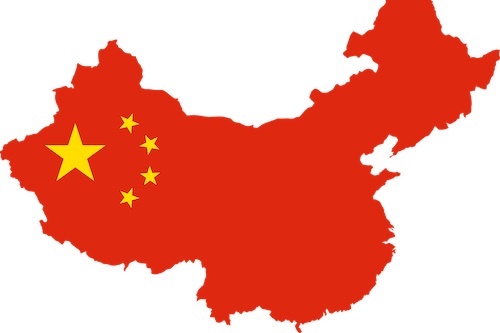 The recently released updated Negative Lists include an overview per industry in which foreign investment is not permitted, neither through direct investment, partnerships, or takeovers.

Comparing the 2019 editions and 2020 editions of the Negative Lists, overall, the number of restrictions for both investments into mainland China and investments into the pilot Free Trade Zones has been shortened:

For the territory of mainland China, in the field of breeding and production of seeds of new varieties of wheat and maize, the requirement of the controlling interest to be held by the Chinese side has been lifted, and minimum requirements on shareholding by the Chinese side reduced. The conditions applicable to mainland China are similar to the conditions applicable to the Pilot Free Trade Zones.

The requirement for the construction and operation of pipeline networks for water supply and sewage in cities with a population over 0.5 million inhabitants to be controlled by the Chinese side has been lifted in both the mainland China and Pilot Free Trade Zone Negative Lists.

In regards of airport and air traffic management the restrictions have been increased, whereas under the 2019 edition of both Negative Lists Construction and operation of civil airports shall be controlled by the Chinese side. Under the 2020 editions foreign companies are prohibited to participate in the construction and operation of airport towers. However, the prohibition to invest into air traffic control specifically has been removed in both Negative Lists.

Under the 2019 Negative List conditions applied to the ratio of foreign shares in securities companies and futures companies, which were not allowed to not exceed 51%, and the ratio of shares in securities investment fund management companies were not allowed to exceed 51%. These restrictions on foreign shares ratio will be removed in 2021 lifted in both the mainland China and Pilot Free Trade Zone Negative Lists.

Investments into the insurance industry were subject to similar restrictions to securities companies and futures companies, whereas the ratio of foreign shares in life insurance companies shall not exceed 51% This restriction will be removed in 2021 in both the mainland China and Pilot Free Trade Zone Negative Lists.

Slight relaxation of the market survey industry has been applied as in the 2020 edition of both Negative Lists the industry is limited to joint venture, in which radio and television listening and viewing surveys shall be controlled by the Chinese side. In the 2019 edition limitation applied to both joint venture and cooperation.

In the Pilot Free Trade Zone Negative List 2020 edition the conditions for investment into Pre-school, ordinary high school, and higher education institutions have been slightly amended. Such investments shall be limited to Sino-foreign cooperative education and shall be controlled by the Chinese side. The principal or main administrator shall have Chinese nationality, the number of Chinese members in Board of Governors, Board of Directors or Joint Management Committee shall not be less than half. Under the 2020 edition exception is made to both training institutions and formal occupational skills training.

Medical institutions shall be limited to Sino-foreign joint venture operations. The requirement of cooperative operations has been removed in both Negative Lists.

The comparison of the 2019 and 2020 editions of the Negative Lists applicable to mainland China and Pilot Free Trade Zones are based on unofficial translations and serve for indication purposes only. 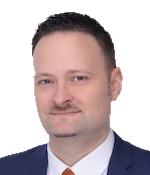 Professor Dr. van Ostende is a regional expert for China investment and trade with many publications to his credit. He presently lives and works in China. His areas of interest revolve around International Business in emerging Asian markets, with a focus on the fields of Foreign Direct Investment, Foreign Market Entry and Strategic Decision Making. Dr. van Ostende has held multiple senior financial management positions of foreign invested companies of European origin with Asian headquarters located in China. Responsibilities include Corporate Finance, Controlling, Administration, Human Resources & Recruitment, IT and Legal. From these support functions Dr. Van Ostende has been continuously contributing towards corporate (re)structuring, ensuring compliance and data-driven enhancement of efficiency and effectivity in business processes. He has been a Guest Professor at Nanjing Normal University in China as well as a course developer and lecturer at NTI University of Applied Sciences in the Netherlands. Dr. Van Ostende’s expertise in the field of Foreign Investment into China has been widely acknowledged. He is named Honorary Ambassador for Investment Promotion of Nanjing Gulou District Government and Honorary Strategic Partner for Investment promotion of Nanjing Jianye District Government. Professor van Ostende is a recipient of China’s Jiangsu Province Youth Friendship Award.

Treatment of Hong Kong, Macao and Taiwan investments Into China Under The New Foreign Investment Law

Pre-Registration Is Now Open For January 2021