There’s a lot of material on performance management in the business disciplines. It’s a huge scientific field now, the general inquiry of which is how to get people to perform at their best. But what if peak performance could not be achieved through management at all? What if the activities traditionally associated with management (monitoring, KPIs, targets, etc.) actually impeded peak performance by replacing real relationships with mechanistic proxies like performance review meetings? What if performance management is an oxymoron? Most of our behaviors as humans are governed by the need to define and protect our social structure by determining who in our social circles are real or potential members of our personal tribe of stakeholders (Roy Baumeister, Brewer, Tice, & Twenge, 2007).

So if most of our behaviors are driven by the need to belong in society, what if we as leaders respected that wiring and started to treat humans like humans instead of as resources? What if people weren’t pieces of a puzzle or cogs in a well-oiled machine, but rather they were members of economic tribes called companies who competed for resources on the planet in peaceful and elaborate economic games? Not machine parts, not resources but players on a team in a global competition for resources. Humans in relationships, the same way we’ve been doing it for 300,000 years.

What do all humans want? At the top of the list are dopamine, oxytocin, and serotonin (all happiness related neurochemicals). All humans want these things all of the time, and they will bend their lives around finding reliable sources of them. Monetary rewards for good performance are interesting extrinsic motivators but ultimately weak from an evolutionary psychological perspective. Money is a proxy reward; it’s a placeholder for food, security, and outsourced protection. Humans aren’t wired to seek money; the lust for money is actually a mask for the insecurity that comes from the feeling of not having a strong tribe able to provide one with enough food, shelter, water, healthcare, domain, etc. Those are the real human needs. Money is a weak proxy.

Oxytocin is not a proxy. It’s a major and direct priority on the human desires list. Humans don’t desire oxytocin as a proxy for relationship; they desire oxytocin because it is relationship, from a neurochemical standpoint. It is the only way we measure provision, protection, social inclusion, honor, value, and social meaning. Oxytocin feeds our core wiring for defining ourselves as humans. Ensuring that we are surrounded by other humans we can trust is the single most dominant activity in our lives. Not convinced? Check Facebook.
Finding friends is the core function of about 80 percent of our neurogenetic makeup (R Baumeister & Leary, 1995). We all need each other. And for Spartan leaders who are paying attention right now, the oxytocin that governs that fundamental human need . . . well, it’s free. No budget line.

As one researcher put it:

Humans are relationship-forming animals who are programmed to make decisions on the basis of what will deepen existing supportive relationships or create new ones . . . We are motivated to perform at a higher level because of our commitment to the relationship with our manager, or to strengthen the bonds with the other members of the group we work with and to ensure that group’s survival. (Murray, 2015)

Humans will accept lower pay in order to work in a meaningful job where they feel connected with the people around them and the work that they’re doing. How much lower pay? Twenty-three percent lower.

Not 23 percent lower than their current salary, mind you. Twenty-three percent lower lifetime earnings. That’s how much people value relationships at work. A study of 2,285 professionals across 26 industries revealed that nine out of 10 humans will forego 23 percent of all future earnings in order to have meaningful connections at work (BetterUp, 2017). Considering that people on average spend 21 percent on their housing costs, that makes meaningful work more valuable than shelter, from a psychological perspective.
There’s your budget line.

The same study found that employees who are connected with their work take two fewer leave days per year, work an extra hour each week, and last 7.4 months longer in the company. Not only do they work more, but they’re more productive too. They’re more likely to receive a raise, more likely to receive a promotion, and 28 percent less likely to be planning their exit. So when you calculate those productivity benefits (Böckerman & Ilmakunnas, 2012), you end up with an average value of about USD $9,078 per worker in benefits to the company (Achor, Reece, Kellerman, & Robichaux, 2018).

Oxytocin governs the human sense of belonging, and belonging governs our behaviors when no one is looking, and that’s where the margin of your company really lies. Your margin lies in what your people are doing when they aren’t being managed. So you see? Real performance isn’t managed at all. It can’t be. Real performance can’t be governed by programs, cameras, training, or reviews. What people do when they’re not being managed is entirely up to them, and they can be either adding to or removing from the resources of the organization. The social ties that bind us to each other are what keep us loyal to each other when no one is looking. Oxytocin is correlated to loyalty, and, again, that’s where your margin is.

Oxytocin is performance without management. 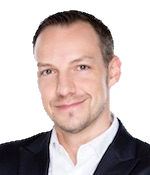 Dr. Corrie Block is a leading business strategist and leadership expert based in Dubai, with over 25 years experience working with more than 100 companies. A highly sought after expert, Dr. Block has provided strategic consulting for the Council of Europe and World Bank, tech start-ups, multinationals and governments, across 30 countries. He’s founded 5 successful businesses in Europe and MENA and received awards for his product innovations.

As both an academic and practitioner, his accreditations include Masters degrees in both Business Administration and Global Leadership, a Doctorate in Business Administration and a PhD in History. He is a certified Executive Coach, Wellness Coach, and NLP Level 2 Business Practitioner, and has also completed certifications in Artificial Intelligence from MIT, and advanced financial analysis from Harvard Business School. He has been published in Gulf Business, Forbes, CEO Magazine, Entrepreneur, MEED, Oxford Journals, and Routledge Academic Books.

Dr. Corrie speaks on stages around the world. He has lectured at SP Jain University, American University in Dubai, and the Graduate Institute for Applied Linguistics. He often delivers workshops and deep insights on employee engagement, meaningful management, AI, culture, tech, innovation and the organization of the future. Dr Corrie believes that “business is personal” and runs a leading, regional podcast featuring panels of experts. His book, Spartan CEO: Six Pillars of Executive Performance, has become the foundation of a set of leadership masterclasses attracting hundreds of online learners.

Pre-Registration Is Now Open For January 2021